As a young boy, David did what his father Jesse asked of him, to tend sheep. Although his task was stinky, unglamorous and lonesome, he did his job with excellence in the eyes of the Lord.

When the Lord sent Samuel in secrecy to Jesse’s home to anoint the next king of unified Israel, David’s own father overlooked him and didn’t consider presenting him as an option. After all 7 of David’s brothers had been presented, the Lord told him none of those were God’s choice so Samuel asked Jesse if he had any other sons. It wasn’t until that moment that Jesse sent for David in the field who was then anointed with oil as the one the Lord would raise up to be the next King! Here’s the kicker though. David had to wait 15 years before he actually took the throne. 👑

How is it that the runt of the family, considered the least of all would be God’s choice for King?

For starters, God looks at the heart and knew that although there were others who “looked” the part, they weren’t “living” the part (my paraphrase of 1 Sam 16). You see, the skills David developed out tending a flock of sheep by himself and fighting off lions and bears are what he used to defeat Goliath with just a sling and stone when the trained soldiers were to afraid to even try. David stuck to with he knew even though others tried convincing him otherwise.

Now David certainly had his own struggles with sin and spent most of the 15 years leading up to his reign running from Saul, but King David was the best ruler of Israel.

Part of what David’s life teaches us is that God equips the called in the trenches and then calls the equipped at his appointed season to accomplish his purposes. So my encouragement to you is this. Don’t despise small beginnings. God isn’t looking for the qualified, he’s looking for the faithful.

The eyes of the Lord search the whole earth in order to strengthen those whose hearts are fully committed to him.” (2 Chronicles 16:9)

Who do you look up to because you consider them full of faith for the Lord? 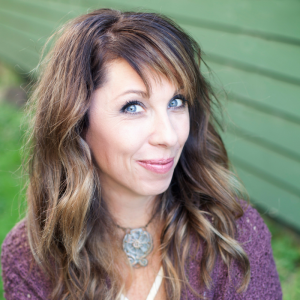