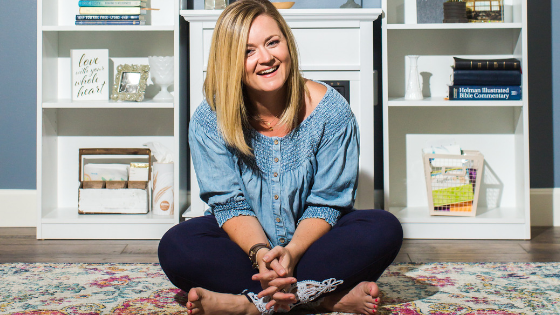 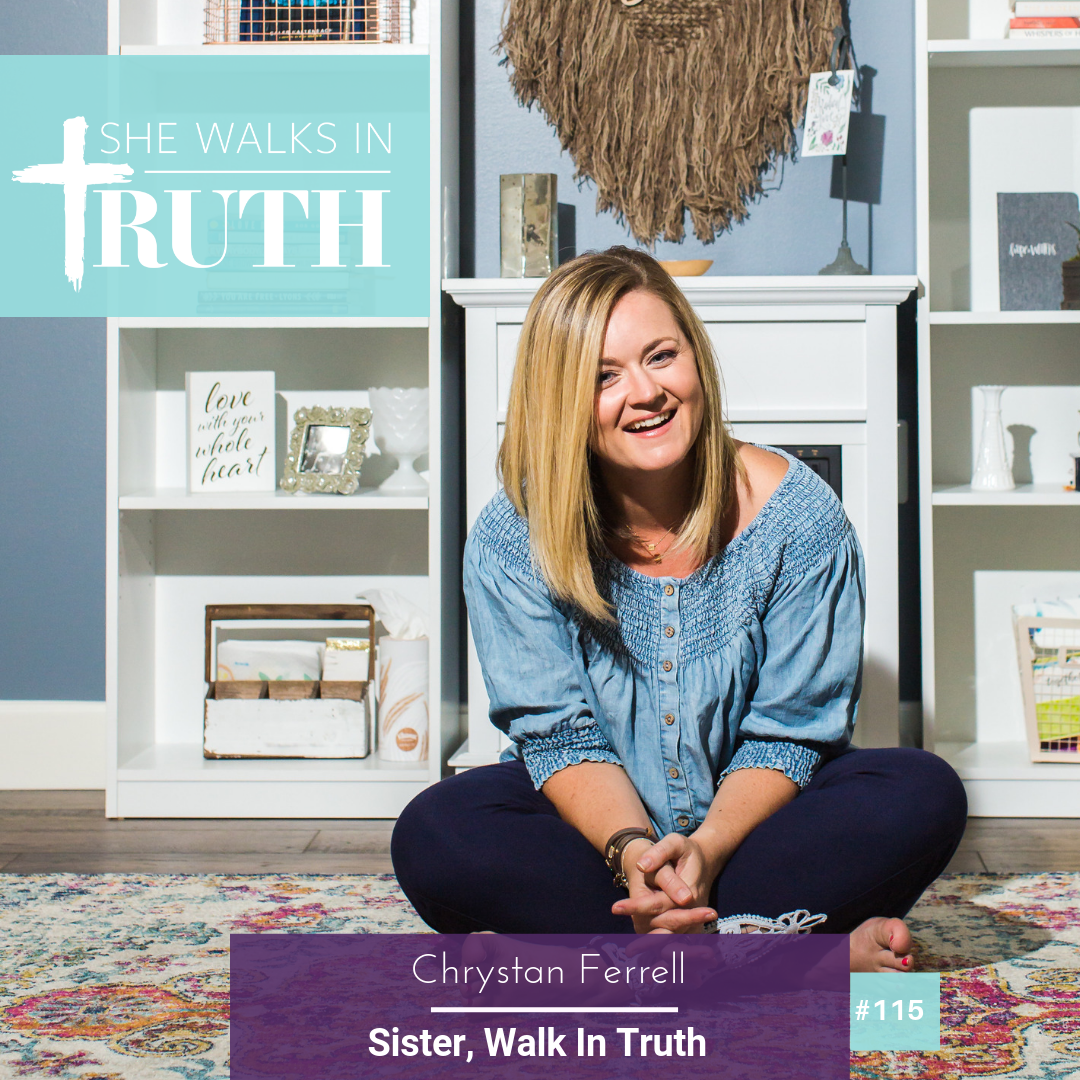 Chrystan Ferrell is an author, leader in the faith, and good friend of Carrie Robaina. She joins the show today to chat about a book they both have been working on called “Sister, Walk In Truth”, which is now available for purchase on Amazon! Chrystan had a post go viral on social media several months ago and feels that God has called her into spaces where pop culture Christianity has missed the mark. Stay tuned for an exciting episode of She Walks In Truth where you will be challenged, encouraged, and inspired to press into the whole truth of God’s word!

Chrystan shares that she is a daughter of the one true king and runs a nonprofit called Imperfectly Brave. She is a wife, mother, speaker, and a writer. She also has a social media ministry too called Real Raw Redeemed.

Chrystan and Carrie originally connected over their passion to pursue God’s truth in today’s pop culture Christianity. They are both advocates for standing firm in God’s word and are weary of today’s modern culture seeming to blur the Biblical truth with what modern day culture says is truth.

This past September, Chrystan was a guest for She Walks In Truth podcast which she shared on the topic of “True Connection”. If you’re interested in getting to know her story a bit more, check out episode 80!

Pop culture Christianity seems to be the river in between the worlds truth and God’s word of truth. Much of our culture has relied on pastors and other leadership to tell individuals what God’s word says which has led us to not getting into the word for ourselves. This causes an issue for everyday believers not knowing the difference between what God says for believers and what the world says. It appears to be there is a struggle where many believers are standing in the middle, confused on what the truth really is.

Carrie shares how vulnerable she felt growing up in regards to her lack of discernment and taking people for their word simply because they were in leadership. Later on she realized how important it is to discover God’s truth through her own studies.

Just because hard conversations makes us uncomfortable, doesn’t mean we shouldn’t have those hard conversations. Sometimes we are called to speak truth in love and we could probably all do a better job of that! We need to ask ourselves, are we going to go toward what itches our ears and suits our own passions or what brings the most glory to God?

Allow God’s word to light a fire in your life, not just going along with the trend of today!

Chrystan grew up in the church but her faith really took off when she was in her late 20’s. A while back she had a mentor challenge her to dig deeper into God’s word, which helped change her thinking from using scripture as a life line in emergency situations to being a guidebook and roadmap in her everyday life.

Once Chrystan discovered the old testament was a neon sign pointing towards Jesus, it greatly shifted her perspective. She was then able to see the golden thread of God’s wild love for people all throughout the scriptures!

Carrie poses a question to Chrystan asking her to share why she went all in for heading up the “Sister, Walk In Truth” book.

God has given Chrystan the gift being a “rallier of people”. Investing time into co-authoring the new book and self publishing, has allowed her to exercise this gift and share it with others to make a greater impact.

Just because there will be a no to one opportunity doesn’t mean God isn’t asking you to still move forward with that particular ambition. We need to be cautious in not taking rejection as a no because often times when one door closes another one opens, God knows best!

Carrie and Chrystan chat about when they were co-authoring the book with other women together, they picked out a fictional character in mind to imagine reading the book one day. They named this reader “Alexis”, and Alexis represents the audience of women who desire to go deeper and know God for who He is, not what the culture is saying. Every chapter and every word of this book is wrapped up in prayer, God’s word, and passion for the whole truth!

FAITH SHOP Grab your cool She Walks In Truth gear at our new Faith Shop!

RATE & REVIEW  Rate and review She Walks In Truth on iTunes by clicking here.

JOIN THE AFTER PARTY Connect with Carrie and other sister friends who listen to the show by joining the after party in our She Walks In Truth private group on Facebook by clicking here. In the group we chat about the episodes and support one another on this journey called life!